Between Earth and Sky: United Catalysts Journey to the Stars

Steve Radosevich and Kim Garrison have been professionally working together for almost twenty years and their artistic alliance is rare. Each brings an extraordinary perspective and historical expertise that fuels the dynamism in their work. Both are dreamers, conceptualists, and heyokas by nature, and their synergy works to their advantage as they manifest ambitious ideas and inventions. (Figure 1) Radosevich is a sculptor, designer, blacksmith, jewelry maker, and woodworker; while Garrison is a painter, illustrator, and designer that incorporates works on paper. Equally steeped in site-specific research with an appreciation for ancient methodology, mythology, and visual anthropology; they often negotiate their visions in handmade books before birthing their installations and social practice in physical form. Seeking to rewire ontological patterns of humankind mixed with unusual but light humor, they mimic qualities found in both iron and feathers—taking turns playing between the Earth and Sky. Their unique set of skills yield a particular medicine bag from which they draw, making almost anything possible.

As co-creators, they build experiential spaces that explore and shift perception, transcend limited beliefs, awaken courage, and nurture cross-cultural connections. Their imaginative and highly symbolic themes often invite participatory opportunities for the public to engage in personal and shared transformation. Through acts of ritual, environmental stewardship, and evocations of sacred places, United Catalysts cultivate foundations utilizing tools of empowerment and strive for immersive and revelatory journeys that lead towards an evolutionary amity for future consciousness. Their visual language harkens towards practices of intuition and primal memory, with imprinted concepts that they as makers purposefully intend for their objects. Whether presented in two or three-dimensional form, their artwork (by performance or by machine), take-on self-functioning roles, animistic qualities, or talismanic attributes, emitting a palpable energetic presence that coexist in both the physical and non-physical realms.

An installation titled Memory Game exhibited in 2009 at Coastline Community College was particularly impressionable. (Figures 2-3) The gallery was empty with the exception of a large tent centered in the room. The walls only held space for the dimly lit warm golden glow of light at the horizon line. The special effects immediately brought memories of the sunset in the desert and a mood of safety.

The environment was visceral but also felt surreal, akin to being in a dream-state. Inside the tent was an intimate space where the audience sat to view a series of synchronistic images, projected side-by-side, yet superimposed or layered randomly with other pictures or textures. These juxtapositions created secret narratives, and ones that documented personal places, set in time for the artists. For the audience, it became an open-ended visual for new narratives and associations. Empathy and connection were inspired and the quietness and comfort of the tent transformed the space into a holding vessel for one's own memories and relationships to the past. The interactive component included the audience, as the artists asked for people to bring food for the reception that contained stories or memories they deemed significant to share. This night positioned people to relate in a familial way. As all the senses were triggered, the process invited a meaningful opportunity that might not have occurred had United Catalysts not originally shared images and histories from their own lives. It seemed more than an exhibition, but a happening, which prompted memories to flow that led to a personal reconciliation and a heartfelt experience. The context and impact of this installation was profound, and an example of how they become a conduit, creating pathways for the public to open themselves for transcendent experiences.

United Catalysts are currently working on The Skywheel Project, an ambitious endeavor to launch a satellite into the cosmos. (Figure 4)

Constructed similar to a Tibetan prayer wheel used for meditation, the artists are collaborating with the public to generate thousands of prayers that they plan to orbit and bless the Earth. An exhibition titled Stargazers: Intersections of Contemporary Art and Astronomy at Orange Coast College included a series of paintings, research, drawings, and mixed-media shrine works by United Catalysts, which illustrated the image of the Skywheel orbiting over sacred mountains. (Figure 5)

In the center of the gallery, an impressive tower supported a scaled model of the satellite with a participatory component where visitors scrolled and attached their hand-written prayers. (Figures 6)

This installation, which grew exponentially with countless prayers for the duration of the exhibit, became a magnetic yet reverent space for all its visitors. One of the most touching prayers witnessed:

May humankind treat the planet with the same kindness as their common man; may the grass be as green as the sky is blue; may children play outdoors and generations live in peace; may our differences be forgotten and the world be healed.

As this project continues to incorporate engineering students and amplified interests by N.A.S.A., United Catalysts are gaining notoriety, which is significantly impacting their level of success.

It is evident that Radosevich and Garrison have a mutual interest to awaken the catalyst within each of us. Their capability to maneuver complex and long-term projects confirms the integrity and continuity apparent in their mission. Their processes and outcomes are in service of others, and without a doubt their artistry and mentorship will be reciprocated back for the benefit of many communities—a promise they intend to keep for at least a thousand years. Around the globe, United Catalysts demonstrate how each of us has the ability to make a difference and share a collective memory for our future. Perhaps they will inspire us to tell a story about how we chose to map a beautiful sustainable world for all its inhabitants. 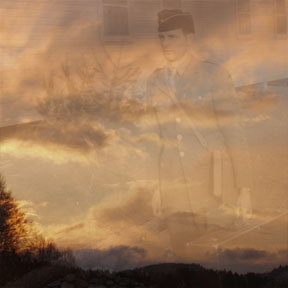 This essay was written by Karen Crews Hendon in support of United Catalysts and to document the exhibition process of the Skywheel project.

The Myth of Ik' Kakawa: A Collection of Stories and Sacred Objects

Artists and Their Audiences-An Interview with Dr. Victoria Bryan